When you think about riding around a Lake you immediately assume it’s going to be flat(ish). Well at least that’s what I thought, until I attempted this ride. 37° celsius in the shade, 8 litres of water and a lot of miles later and I can tell you it’s not flat. This is one heck of a challenge ride, and not for the faint hearted.

On the other hand, the scenery and spectacle of the lake make the ride worth every masochistic minute in the saddle. The only flat part is the northernmost end of the lake, but the flatness is short lived as you immediately climb to about 200m (650 feet). I climbed 3,387m (11,113 feet) in the day, and by the time I got back to Como I was absolutely exhausted. There was no way I could make it back to Capiago, so I called for help – which arrived in the form of Sabrina, my sister-in-law, in my hire car (which she’d been dying to drive anyway).

When I’m fitter, lighter, and have a car that can carry a bicycle I will repeat the ride and do a complete circumnavigation of the lake that includes the Lecco leg.

There is no way I will ever again put a bicycle of mine on an aeroplane in anything other than a purpose made hard case, after the damage the bagage handlers managed to do to the one you see in these pictures. 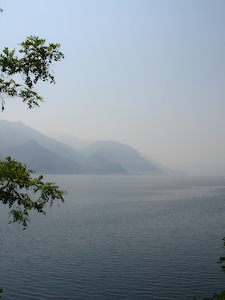 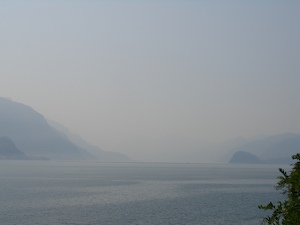 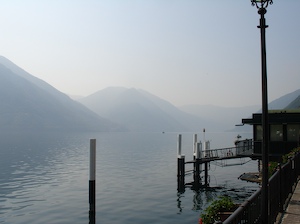 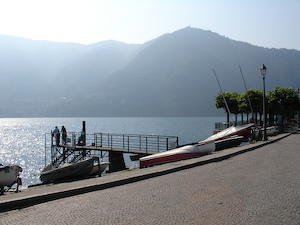